The Book of Revelation

AUTHOR:
From the Holy Bible

No book from the Bible is more controversial than the Book of Revelation. For many, the purpose of the book of Revelation is a message of comfort during a time of conflict, which ultimately results in a conquest and a victory over the oppressor. Although directly written to the Christians of the First Century, the message is applicable throughout the ages. 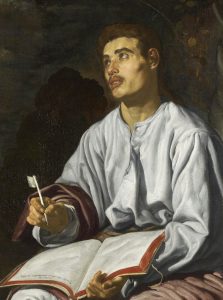 Saint John of Patmos is generally recognized as the author of the Book of Revelation. The text of Revelation states that John was on Patmos, a Greek island where he was exiled as a result of anti-Christian persecution under the Roman emperor Domitian.